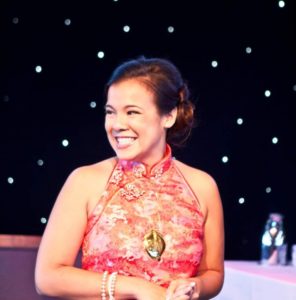 “You speak English so good!”

I stood there, dumbfounded. I had just walked into the patient room and introduced myself. “Hi, my name is Kat, and I’ll be your PA today. What brings you to the ER?”

That is the response that I got. No answer regarding the patient’s medical condition, their aches, their pains, their concerns. All they could muster was a backhanded compliment on my English skills.

I’d be lying if I said it was the first time I’d heard that. I’d be lying again if I said I don’t anticipate hearing it in the future.

Usually, sarcasm and jokes are my coping mechanism. I learned a long time ago, to beat someone to the racist punchline so that I didn’t have to feel the sting of the first punch. I would often announce things like, “I’d add it up and do the math, but I’m not that kind of Asian.” I’m good natured about proclamations from people that I’m so good at using chopsticks.  I laugh heartily at jabs at my driving skills and my probable lack of peripheral vision. I refer to myself as a feisty ninja.  At least on the outside.

On the inside, I squash down the greasy feeling that I’m a traitor to the struggles of my peers and ancestors. 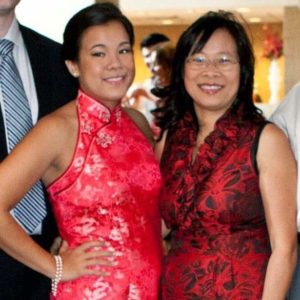 Asians are culturally ingrained to not make waves, to go with the flow, to not spark public outcry. Many remember in 1989 when peaceful protestors were gunned down by the government in Tiananmen Square. The government has never released a final death count of those killed amongst one million protestors, largely students, mostly engaging in a sit-down hunger strike. Asians rarely complain.

It was with dismay, but not a lot of shock, when Asian individuals were held personally responsible for the covid-19 pandemic. “Because your people eat bats.” What people? My grandma in New Jersey? My aunt in New York City? My aunt in California? I’m pretty sure my other cousin is a hipster vegan. “Oh not, YOU per se, but you know, OTHER Asians.” Aren’t I ‘other Asians,’ to other people, too?

And now there have been 1,880 hate crimes against Asian recorded in the past year. This is more than triple any previous year. A 76 year old woman was cold clocked in the face by a man, for no reason other than she is of Asian descent. She has lived in this country for twenty-six years.

Several days ago, we watched as a terrorist drove to three different spas where the employees were predominantly Asian and he killed eight people. He chose those specific spas and he chose to kill the people inside of them. Innocent people, just like the victims of so many other hate crimes, killed in cold blood for showing up to work and carrying about their ordinary days. Why? Because of the way their genetic material expresses their physical characteristics? Because a murderer had a ‘bad day.’

Now I have to worry when my sweet grandpa goes to pick up his groceries. My favorite food on the planet is ‘sticky rice,’ and he makes it for me whenever I go to see him. He is 91 years old and was a police officer from Hong Kong. My grandpa, who loves babies, still tries to sneak a five dollar bill into my pocket as a surprise, who has shown up to every recital, game, and ceremony for the past 44 years he has lived in this country. What if someone hits him over the head? The blood thinners would have devastating effects. My grandmother is 90 and needs a walker. She was an 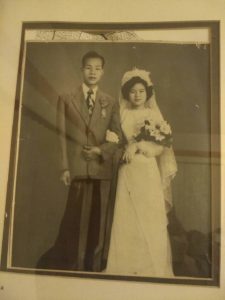 English teacher in Hong Kong, at an American school.  What if someone kicks her walker out from under her hands? She has Parkinson’s Disease. Walking is hard enough for her. My mom? My mom works in New York City, and runs a bakery with my dad. My mom who shrieked like a banshee that time when I was ten and brought in a collection of earthworms from the backyard? My mom who framed the first prescription I wrote for her for 600mg of ibuprofen when she broke her wrist? My cousin is a nurse in a same-day surgery center. My sons? Would someone threaten them because their eyes slant a little bit? What if someone attacks the people I love, for nothing other than what they look like?

Last year, a patient asked for a ‘non-oriental’ practitioner because she was afraid that all Asians were going to give her Covid. “Sorry, just me today.” I squared my shoulders and blinked back tears of rage? fury? hurt? as she walked past me and left our clinic without a second look.

Until this past year, Asians glided through life as the ‘Model Minority.’ Prejudice existed, but we were assumed to be good at math and well behaved, or at least made really good egg rolls. People bowing to me, holding their eyes in a squint, showing me random Asian text and asking if I know what it says, asking if I can figure out ‘what kind of Asian’ someone is by looking at them, attributing my successes to having a Tiger mother, making ‘kung fu sounds,’ wondering if my parents are disappointed in me for not being a doctor. That is racism. Until recently, we didn’t worry if we were going to be gunned down or attacked for the color of our skin. That was privilege. We no longer have that.  It shames me deeply to admit that I gladly accepted that privilege while others suffered tremendously without it.

I could never see my family marching for their rights to live without fear. It’s not in their nature. Some might. Many won’t. The news coverage reflects that culturally, Asians are not squeaky wheels. We smile forced and rigid tight lipped smiles at the ‘kung-flu,’ the ‘chy-na virus,’ and ‘corona-chink.’ I am angry. I am afraid. I am human and I bleed and cry like everyone else.

For today, in that patient room, I look that lady back in the eyes, “I speak English so well; That would be because English is my only language.” She chose not to continue to ask me where I’m from, where I’m REALLY from, where my parents come from, if I like sushi, and make a thousand other statements to lay the bedrock of ‘you don’t look like you belong here.’ I breathed a sigh of relief, and let it wash over me. I had work to do.

Emergency Medicine
Daughter of the kindest, most hardworking mom, who happens to have been born in Hong Kong.
#stopAAPIhate 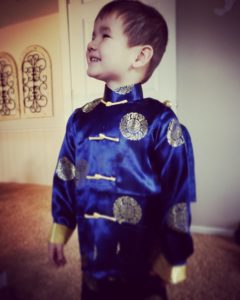 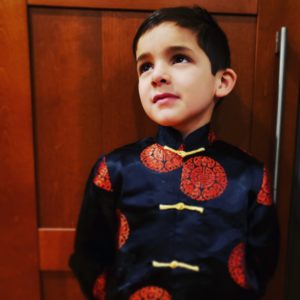