I’ve been told I’m making a difference every day.

With each new post or picture I am helping to spread awareness about the dangers of button battery ingestions. I’m saving lives. But for me, there is only one life that I wish I could have saved.

Being a physician assistant, trained in the emergency department no less, gives me a unique point of view when it comes to my son’s death. I’m still very new to this whole grief thing. Not even three months out since I last held my baby in my arms, so I’m no expert on grief. I have seen some truly horrendous injuries and absolutely devastating diseases take the life away from people. But like any person who works around death, you develop a way to protect yourself from it all. You find outlets for the pain. Some are deemed healthy by society like meditation and exercise, while others are typically categorized as detrimental to your health such as alcohol and drugs. I’ll say I’m trying my best to stick toward the healthier outlets. For me, I’m finding comfort and strength in what I call “medicinal grief”.

All death is tragic, but the loss of a child fits into the category of the worst loss for any human being. In my situation, it came out of nowhere. There weren’t months of illness or disease with endless trips to the doctor’s office or hospital for treatments to fight whatever ailment my child may have had. I don’t think having that time would have made his death any easier, but the blindsiding force of a tragedy such as ours knocks you further and harder since you had no chance to brace yourself.

As I’ve been learning to navigate this life with loss, I find myself finding comfort in the medicine. Medicine, which has been my life purpose, has a way of grounding me and getting me back on to my feet after that huge blindsiding force knocked me down. I want to understand the medicine. Even during the days leading up to his death, running a constantly changing differential was my only solace.

Those were the words spoken to me by my son’s daycare teacher Wednesday at noon. She asked if he ever had a history of nose bleeds. No, I answered. She goes on to explain that he laid down for a nap ten minutes prior and they just noticed a large puddle of blood around his face and head. One teacher tended to my son while the other called me to report the incident and find out what to do next.

I needed more data. I needed vital signs and a good physical assessment. I was less than a mile from my baby boy and made it to him before the ambulance. Initial assessment. Awake, lethargic, pale. The teacher said he seemed to have “passed out” after vomiting. I grabbed my son from his teachers arms and cradled him close to my chest. He had dried blood in both nostrils and around his mouth. His eyes were open and he was looking up at me. I could see him breathing well and his radial pulse was strong. No signs of active bleeding at this time. Paramedics arrived and added more data. Blood pressure, heart rate, pulse ox, and temperature all within normal limits. Two minutes later my husband, a paramedic, arrived. Our son looked up and saw Daddy. He opened his eyes and the sweetest little smile stretched across his face. His skin pinked back up and he sat up and looked around the room. Awake, alert, responsive.

His very quick return to baseline put myself, my husband, and the paramedics on scene at ease. We examined the vomit, which had his half chewed lunch of peaches and some kind of noodle. It was covered in dark red blood with one penny size clot. The blood on his sleeping cot was dark and dried. Our son was alert and awake. The paramedic asked if we wanted to go to the ER or not, but it looked like our son would be ok. Nose bleeds can make you nauseated and cause you to vomit. I called our pediatrician to ensure our son could be seen that day, then we signed the transport refusal and my husband took our son to the pediatrician. When I checked in with them, I was sent a picture of him smiling in our bed snuggled under a blanket after Daddy had given him a quick bath. Our pediatrician checked him out and stated this was most likely a nose bleed secondary to nose picking or dry nasal membranes which led to nausea, vomiting blood, and the brief possible syncopal episode.

The next day he went back to daycare. Played all day. I got picture updates from his teachers. He had given everyone a scare, but we were back to normal. Fifteen minutes before pick up time, they said he laid his head down on the desk. Not normal. An hour later, when he was home, my husband checked his temperature. It was elevated at 101.7 F. He was tired. I noted rhonchi in the right lower lobe on exam. We decided to go back to the pediatrician in the morning.

We went back to the pediatrician Friday morning. He was swabbed for COVID-19 and I requested a chest X-ray to rule out pneumonia from possibly aspirating his lunch when he vomited. Although very unlikely, our pediatrician complied. Two hours later we were given the X-ray read of bronchiolitis. A viral infection. Pediatrician advised for us to rest and monitor symptoms for continued fever or any more nose bleeds. Saturday, our son appeared to be getting better. He was tired, temperature hovering around 100.0 F, but he had an appetite. He drank Gatorade and ate Doritos. He slept much of the day in short naps.

Sunday we woke up in the early morning hours to him coughing. He was restless and couldn’t seem to get comfortable enough to get back to sleep. He coughed very hard one time and a half dollar size blood clot hit our bed cover. I looked up his nose and didn’t see any blood. I looked down his throat and saw a small streak of blood at the posterior pharynx. We watched and monitored. No more bleeding. 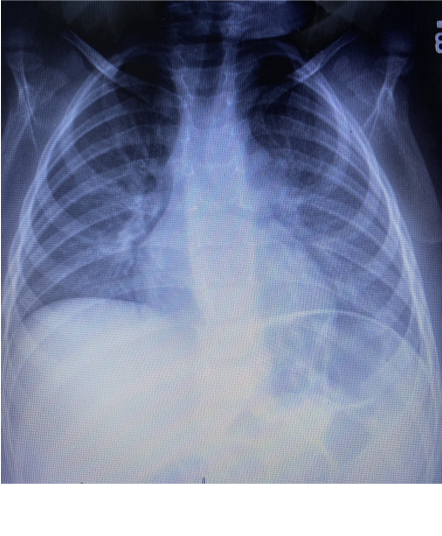 We’re going to the pediatrician in the morning for blood work. This isn’t a normal presentation for a simple viral infection and he must have some sort of clotting disorder or sinus aneurysm that will require cauterization. He may need imaging of his sinuses or an ENT to visualize his nasal passages.

Then he slept for two hours. He coughed. He coughed hard. A large volume of frothy blood covered my shirt. Two minutes later he started to posture. Possibly a febrile seizure? We called 911. We timed the episode. He was breathing. He had a pulse. Then it started to slow down. Bradycardia. Pulseless. Begin CPR. Compressions. Rescue breaths. Blood was in the airway. Or was it in the stomach? No way to know, just need to stop the bleeding.

Air goes in and out, blood goes round and round. I kept thinking if we could just find the source of the bleeding and stop it that he would be ok. He’s young. He’s a fighter. He will pull through this.

He didn’t. He died. The ER doctor explained that he was bleeding profusely. The airway was full of blood. There were no labs drawn because nobody could get access. My husband and I left the ER that evening without our son.

that job was no longer mine, or the pediatrician’s, or the ER doctor’s. That job now fell into the hands of a Medical Examiner. An autopsy to find out why this happened.

The next day we got the phone call. A hole was found between the esophagus and aorta. The tissue burned and necrotic. Massive gastrointestinal bleeding. A button battery found in his intestines. And just like that, my differential is knocked down to just one thing.

Medicine grounds me. It’s the mystery. It’s taking different parts of a puzzle and trying to find the whole picture. It’s a challenge every day to piece together symptoms and get that solution. I feel joy with each correct diagnosis. But when there is loss in medicine, medicinal grief is understanding which parts of the puzzle didn’t quite fit or which piece was missing. This information can help the next person trying to put the puzzle together.

Losing Johnathan has been and will be the hardest situation I will ever face in my lifetime. I will grieve his death every moment of every day of my life. People say that I’m making a difference trying to educate and spread awareness about button batteries. I’m happy that it’s helping other people in this world, but for me, it’s medicinal. 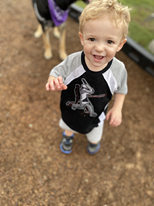 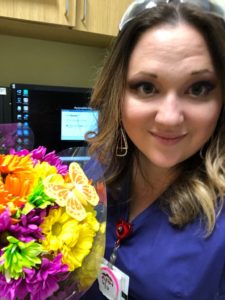