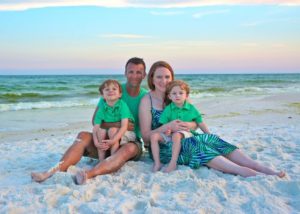 My name is Nikole Hedges and I’ve been an ER PA for 14 years. I also have dysautonomia.  Mostly, it’s a nuisance, extra steps in my forever long,  busy PA mom to do list.

Let me tell you a little about living with dysautonomia.

My symptoms began when I was a child actually, the first time I remember passing out was 4th or 5th grade. I was at school and while sitting in class began to sweat, I was nauseated, my ears started to ring, so I got up, grabbed the bathroom pass and went to the restroom where I was found lying on the floor by a classmate. I had passed out for the 1st time. This happened weekly throughout late elementary and middle school and on into high school, though less frequent as I started to recognize the feeling and get myself to the ground. I passed out in marching band one time, hit my face on the marimba on the way down leaving a big bruise. In the 90’s, you didn’t go to the doctor for these things, you just went to the nurses office, maybe had a juice and then went back to class, that was it. In high school, I started to have vomiting with it, so I was seen by the local family doctor who insisted I had an eating disorder or maybe was pregnant. Neither were ever true and they dismissed it as “growing pains” and told me to eat more as I was a thin athlete. By college, I often knew when I was about to pass out and had discovered that often my blood sugar was low when I felt this way. I was a volunteer firefighter, and it became a joke that if I was repeating “I need a soda, I need a soda” that was my non-working brain telling people I was going to pass out. I learned to lay on the floor to avoid falling. I remember laying on the floor in the middle of a fire convention and also while standing in line to ride a roller coaster at a big theme park. Imagine the looks that brings on, when one minute you are standing in line talking, the next laying on the dirty concrete, but, it’s better than falling down unresponsive.

The doctors never really seemed that concerned as I got older, it was always, try to eat snacks more regularly, make sure you are sleeping, drink more water etc. My passing out didn’t follow any specific patterns that alarmed anyone. Sometimes it was when I hadn’t eaten for awhile, sometimes it was in restaurants after finishing a meal. My college boyfriend knew to get me to the car before I passed out at restaurants so we wouldn’t have to deal with an ambulance showing (this had happened on more than one occasion). It was just an annoying part of life. 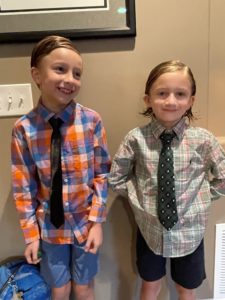 Fast forward to my early 30’s. I had 2 babies, rough pregnancy and deliveries with both, low blood pressures, low blood sugars, dizziness, constant headaches. I had post-delivery complications, prolapses, and excessive bleeding. I was referred to hematology who sent me to genetics. I was diagnosed with Ehlers-Danlos in 2017. Do you know what is very common in patients with EDS? Dysautonomia. I was referred to cardiology. I discussed the syncope and also my palpitations (which were more frequent after my pregnancies and hysterectomy) and was given a 30 day Holter to monitor. The instructions were, do whatever triggers you to feel badly. Simple. Get hot or take a bath.

Every night for 28 nights, I took a warm bath. No hot tub or sauna, just a bath. I went into SVT every night. Every night for 28 nights. When I went back for my follow up, I was sent from the regular cardiologist who was pretty impressed with my commitment to triggering their Holter, to their dysautonomia specialist. They actually called to get me in that week. My head spun. There was a reason for all my symptoms. A name for my life of weird stuff happening that never could be explained.

The dysautonomia cardiologist was amazing. He said, I know you are a PA and know how all this works, but let me break it down a bit. Looking at your testing (he did a ton), your parasympathetic and sympathetic nervous systems don’t do what they should, but they do things, so that is great. He showed me test graphs from myself and then someone with “bad pathology” and showed me how having a system that is out of whack is better than none at all. Strangely, this was reassuring. My breathing patterns were abnormal, my heart rate and blood pressures abnormal, everything he tested was abnormal.

He asked me if I’m pretty calm at work, despite being in the ER. I said yes, my nurses often say they like working bad things with me because I never freak out. He said, I could have guessed that and you can thank your dysautonomia for that, your system doesn’t spike to make you frantic. We both had a good laugh at that one. He also described to me why I have almost daily headaches and my heart races for seemingly no good reason. My heart and brain have a disconnect, so my head is always thinking it needs more blood due to low blood pressures, so my heart jumps to help this perceived threat, but it overshoots and jumps 60-80 beats a minute instead of normal 15-20.

I had answers and a diagnosis. My life of headaches and passing out, palpitations and weird fatigue was due to dysautonomia. That was the upside, the downside, there is no cure. We tried different medications to bring up my blood pressure or bring down my heart rate, but the side effects were worse than the dysautonomia, so, without meds, I navigate life knowing to avoid triggers and do what I can to stop the symptoms by laying on the floor, avoiding heat when possible, increasing salt intake and fluids, and grabbing quick carbs or a soda when I feel myself heading in that direction. It isn’t a perfect system or plan, but when in medicine is it? 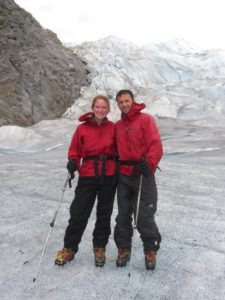 It has been a hard adjustment, I used to be an avid half-marathoner, running races all the time and constantly working out. The symptoms worsened significantly after having my kids and hysterectomy, and I’ve had to accept I can’t do what I used to do, it is frustrating, but being here and present to have my family is worth the sacrifices. I hope we as medical providers will have better treatment options one day, but for now, I just keep taking things daily or even hourly if that’s what the day dictates for me. If you ever work with me and see my ears flush, just grab me a soda, it may be all I need to keep from passing out. It’s something all my nurses know and a weird little dysautonomia fun fact about me. 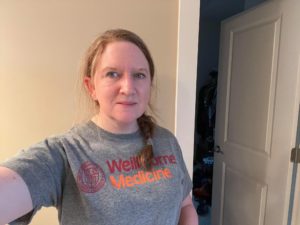 What is dysautonomia? It is a dysfunction of the nervous system that regulates nonvoluntary functions including heart rate, blood pressure, sweating, digestion, body temperature control, and breathing

Who is affected? It is estimated to affect 70 million world wide, can be stand alone diagnosis or secondary to other medical pathology

What symptoms are common? Tachycardia, bradycardia, chest pain, lightheadedness, fainting, nausea, too fast or too slow GI tract, blood pooling in extremities, shaking, too much or too little sweating, brain fog, headaches

Treatments? Often symptoms can be minimized or resolved by lying down as this helps restore normal blood flow to the brain and chest, for longer term treatment, medications and lifestyle changes may be implemented to help regulate heart rate, blood pressures etc.  Some patients get PICC lines and do IVF infusions to help, some take beta blockers to control heart rates

Where to get more information? Dysautonomiainternational.org has a great website and puts on frequent CME lectures for clinicians