A story for Adoption Awareness Month…

My husband and I had trouble conceiving. I worked in family medicine and saw a lot of foster kids. We decided to pursue adoption through DHR.

We did a 30 hour class, CPR, water safety, and then we attempted a home study. We were unable to get approved due to having a pond on our property. It was so frustrating. We were willing to do anything that they wanted, but bureaucracy prevailed, and no one would sign off on it. We went to an agency, but it just didn’t feel right. A family friend who had a daughter in a women’s shelter met a girl who showed interest in putting her unborn daughter up for adoption. It started off great, but ultimately she tried to “sell” us her baby at the end. She wanted money to get a lawyer to get her other children back in exchange for letting us adopt her child. Needless to say, we did not end up adopting her baby, but through that process, we met an adoption lawyer who also runs a nonprofit company called Adoption Rocks. Her heart was broken for us. She told us she would keep us in mind in case any other opportunities arose. On Memorial Day weekend 2019, she messaged us and asked us what we thought about twins… 2 year old twins. My mother in law is a twin and she was pumped. 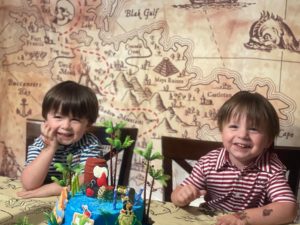 We were terrified, but we said we would be interested. She messaged us back a few days later with more information. A woman had contacted Adoption Rocks. Her neighbor was raising her twin grandsons and she was struggling physically. She had voiced interest to the neighbor in an open adoption. A few days later, bad news, she had decided not to place the children. We were sad and broken. It just didn’t seem like adoption was for us. At the end of July, we went to a family reunion. It was a great weekend, we rode four wheelers, camped, cooked out and relaxed. We rode into town late that Sunday night and got a call from the lawyer. The grandmother had called back and wanted to talk. I could hear the lawyer’s voice shaking with excitement. She said, “you need a profile book I can show her now!!!” My husband and I went home and stayed up all night working on a profile book. We printed it at his office, bound it, and dropped it off to the lawyer. She rode over the next day, and spoke with the grandmother and met the boys. The plan was that we would meet the boys, spend a day or two with them, have a few overnight visits, then a couple of weekend visits, and then completely transition. We were excited and terrified. The next day, we got a call that changed our lives forever. The grandmother had a stroke. She was in the hospital and the boys needed to be picked up and cared for. That night, we went to meet the boys. The boys aunt, an amazing human being, was staying with a friend in town. The boys were so scared. Their little lives had been completely turned upside down. We talked to the aunt, and made a plan. 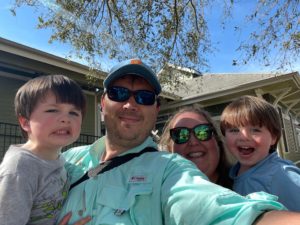 That night, we went to Target and spent $800. We had no clue what to buy or what to do, so we basically bought one of everything. The next day, we met the aunt at a Mexican restaurant with two borrowed car seats and brought them home. It was the longest, most stressful night of my life. No one slept. My mom came the next day to help out. The longest night of our lives then started the longest year of our lives. Exactly 366 days after we brought our boys home from the Mexican restaurant, we officially adopted them. 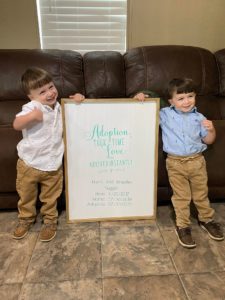 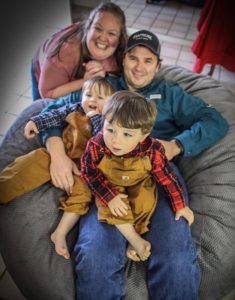 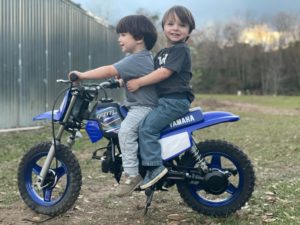 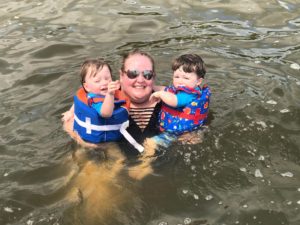