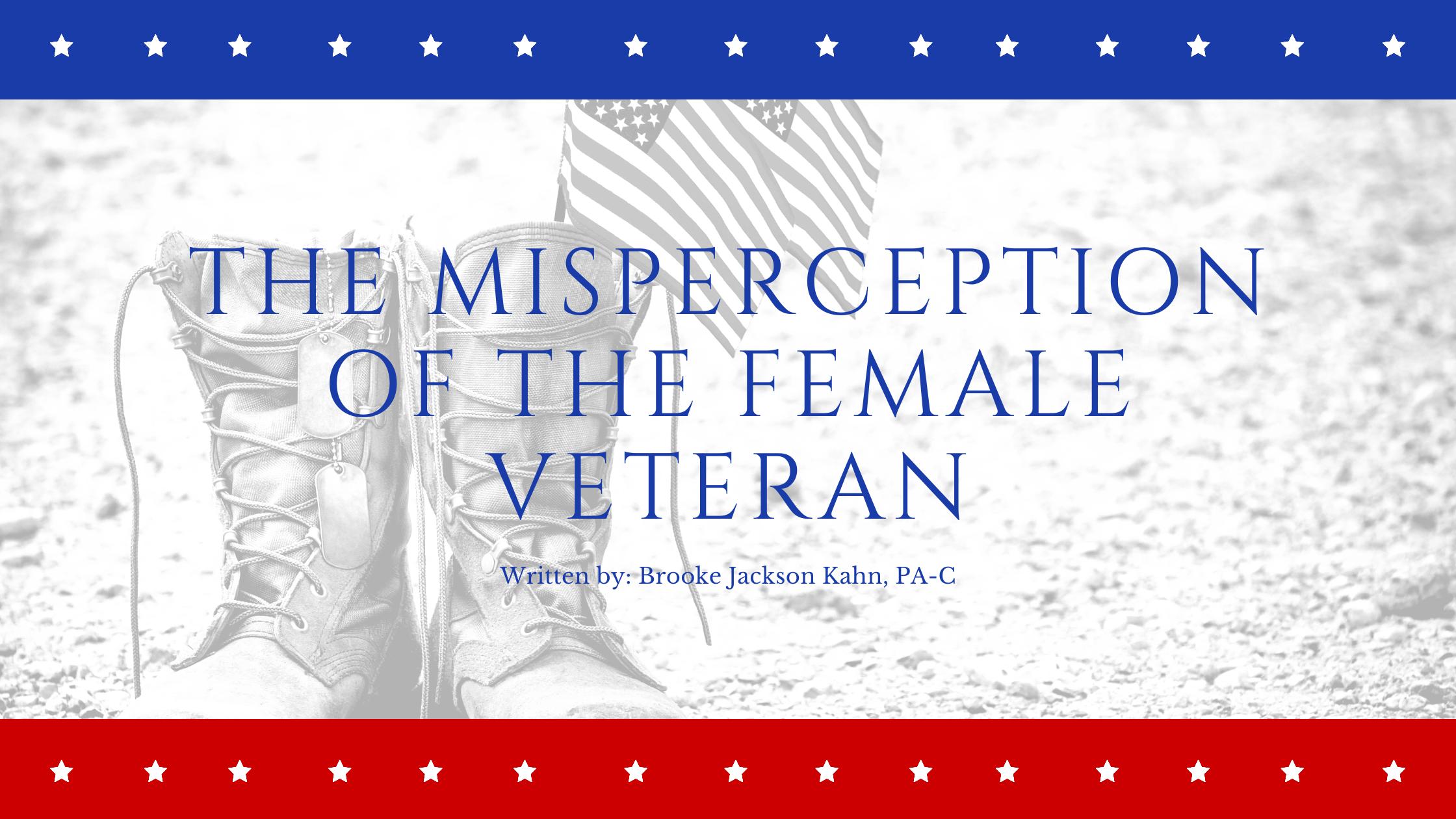 When I first joined the military, I in-processed at a place called MEPS (military entrance processing station). This is still the process for all branches joining. The year is 2009 and I have arrived at some ungodly hour such as two or three in the morning. I had quickly drunk my Red Bull like a good girl, wanting to make a good impression. We all know that starts with a little pep in your step! The cattle call was going swimmingly, and I found out that day- that I did NOT in fact have scoliosis or flat feet. My duck walk was ideal. The bend and snap was perfected. I was ready to be All That I Could Be! Except- then they told me there was a problem with my blood pressure and heart rate. “Do you normally have this problem,” they ask? I tried to quiet the gurgling in my stomach that would give away my partaking in the contraband energy drink. I quickly patted myself on the back. No, no wings to be found. Silly commercial. What a bunch of lies. I shall have to write Red Bull immediately about this nefarious tale they have sold me. Finally, I reach the 89 year old physician that has to clear me for my entrance into the Army, sans hypertension. A few manual measurements later, I finally passed the test! Now on to boot camp! I sit next to the only other two females in the building. We are surrounded by approximately 100 males. They called each branch individually, and the Marine Corps was up first. Then the Air Force. Next up – Navy! The two girls get up knowing only the Army was left to call out. They both look at me and say, “It’s time to go girl!” I do a double take and say that I’m waiting for them to call for Army people. Surprised, they reply,

This was my first clue that many people out there actually have no idea about women veterans. Not the branches we can join, or the jobs we can do. To include the fact that so many women, even myself, have been on the front lines of combat long before congress signed it into law.

Fast forward to my time in PA school. I was still in the Army Reserves throughout my entire schooling and often worked with the local Army recruiter. We would go to high schools and I would talk about my experience as a combat medic. At one event, an 11th grade girl raised her hand and said, “I didn’t know girls could be in the Army!” Oh how our education of society has apparently not progressed since my in-processing event 10 years prior.

Fast forward to 2019. I am starting at my new job, and Human Resources calls to process some paperwork. Of course there are always the obligatory federal questions regarding disabilities, the need to be accommodated for work, etc. She gets to the ‘are you a veteran’ question. I simply say “yes”, as she was already skipping to the next one assuming it was a no.

I have served for 11 years now, and things feel unchanged. This is the bias women veterans face every single day. As women, we couldn’t possibly know the experience of battle. Veteran-     on-veteran hate crimes can be just as harsh as society is. Apparently, if you didn’t watch your best friend’s head get blown off in “Black Hawk Down” style, you couldn’t possibly be affected by your time in service or overseas. This is perpetuated throughout society as my husband is often thanked immediately when asking if they offer a military discount. He always kindly replies, “Actually, she’s the veteran.” They often turn to me and quickly try to cover their surprise while now thanking me. I’ve yet to have someone, nay anyone, assume it is me or simply ask which of us it applies to. I personally deployed to Iraq and was the combat medic for my commanding officer known as the Personal Security Detail. I was on those IED (bomb) laden roads just about every other day at times. My duties as the solitary medic on these excursions often ran to 20+ soldiers that I was medically in charge of and responsible for saving their lives given any disaster strikes. The stressors seem real. Meanwhile, there are deployed men who never leave the safety of home base. Not to say any area in a war zone is safe per say, it is NOT. The difference is there isn’t the additional danger of being on the roads, where there are no bunkers to hide in from enemy fire. There is not a perimeter of fence and weapons in an effort to keep terrorists out. The enemy has free access to us cruising down those Middle Eastern roads. This is not to discredit anyone, only giving a scenario of where assumptions are simply not accurate. Recently I had a male at work say that I must’ve basically been on a peacekeeping mission. Yes sir, the terrorists heard about that and immediately stopped trying to kill us. I am a combat veteran because I went during a war campaign, not a peacekeeping mission. I went as a Soldier, not with the Peace Corps. Alas, I digress. Finally, we all return home, excited to see our families and friends we had left behind to serve our country. The men are immediately treated like war heroes, and the women are treated like they don’t exist. The invisible veteran some might say. The women are expected to immediately pick up all the duties they had prior to deployment. Suddenly, the overwhelming amount of people that need that woman veteran far outnumbers the people she can count on for herself. Men are told to relax, everyone leaves them alone because, “they have seen some things.” Ladies, you aren’t juggling your 20 stateside duties, get to it!  She is expected to resume the PTA meetings, take the children to their after-school activities, do all the laundry, dishes, pay the bills, clean the house, plan the meals, fix the food, feed the children. Run all the errands to the bank, post office and groceries store. While you’re at it, don’t forget the military duties she is still required to participate in such as, showing up to work at 0300 in the morning for a 12 mile ruck march. Men are allowed to decompress while the women are given no mercy. It’s no wonder PTSD in the female veteran is so under diagnosed and under treated. She hardly has time to process what’s even happening to her. These women may never have an understanding of why their relationships fell apart. Why they feel so isolated and alone.

We have PTSD questionnaires, but are any of these women taking the time to accurately respond when all they can think about is the to-do list they still have to tend to and you are the one keeping them from it? How can we expect to help someone when they do not know how to help themselves? If we ourselves as medical providers have our own bias to overcome, how can we meet these patients where they are?

Let’s come together to create another dialogue. Let’s first remove the assumption that all Veterans use/go to the VA, so this couldn’t possibly apply to me as a medical professional. I personally have never signed up for the VA and use a civilian PCP, OBGYN etc. That’s likely the same with a majority of female veterans, as the VA and what it can do is still a mystery for many as they leave the service. We can also begin including a question on paperwork for the new patient asking if they are a veteran. Are they there for depression or anxiety? Knowing some backstory may help the approach to treatment. Are their knees or feet giving them problems? How many injuries did they sustain marching or running while in the service that they never had looked at? Maybe there’s a local group that they can connect to otherwise unknown to the patient, but something we as providers can make sure to know. We likely have some general VA info, but let’s do our due diligence and find the Women Veteran focused groups. Medicine is not a one size fits all. So why is that the expectation for both genders of the military? These PTSD questionnaires need to be presented with a different dialogue that can actually bring out some true symptoms. Men return from war and want to fight, drive fast and drink until their liver cries for mercy. Women return from war and want to hide. Hide from their fellow veterans, hide from their families, hide from their friends, hide from themselves. As providers, we can be that helping hand. We can be the people with our own medical “boots on the ground” reaching out to our women veterans where they are. Do you have some in your practice? Do you know to ask if they are ok? Not ok, but really, are they OK. Not the rehearsed answer because they think no one really wants to listen. Veteran suicide happens 22 times a day. What is not mentioned or used in informative graphic posters we see everywhere, is some are female. They are out there, and they are part of that 22. Let’s work together to bring that number down, because one, is always one too many. Let’s make a point to find these women that may need us but never know to ask for the help. Sometimes the smallest efforts can result in the biggest impact. I look forward to seeing women veterans get recognized and the treatment they need, starting with their favorite PA. 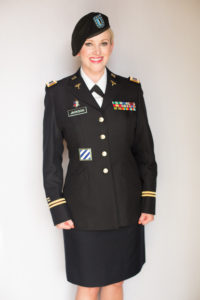 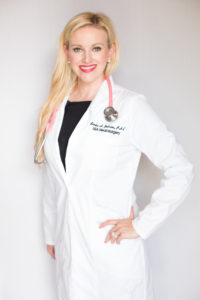