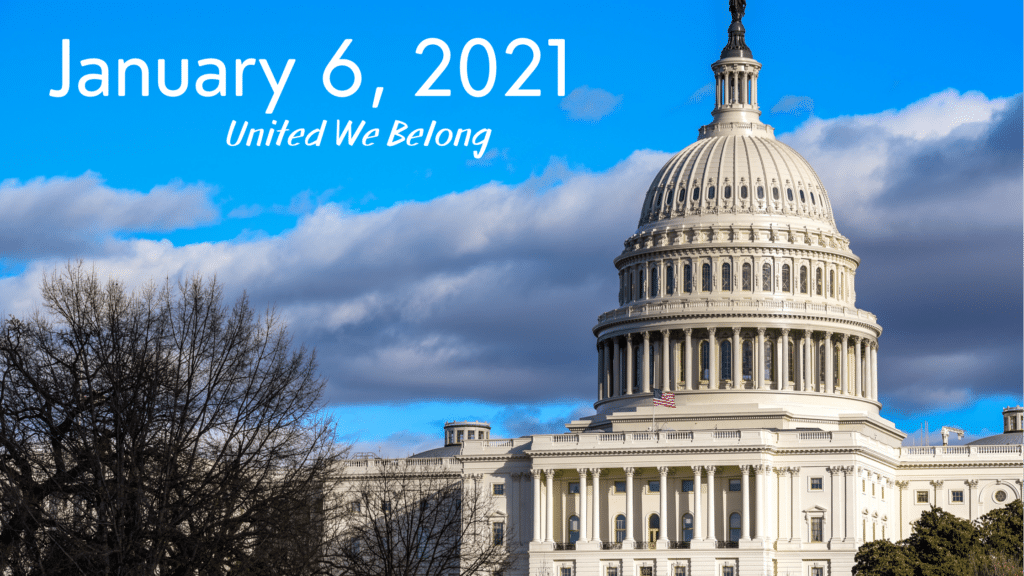 OK, so we need to talk about it.

We need to talk about the elephant in the room…again: race.

Yesterday, January 6th, 2021,  we all witnessed what can at best be called an attempted coup. If we’re going to keep it polite, perhaps a domestic attack on our Capitol. I call it a show of privilege. At the risk of speculation, I can guarantee that every black person, likely most other people of color, and a good bit of white people, had the same thought while watching the events unfold. If they were all black, they’d likely be dead.

It’s 2021 and it seems we’re still operating under separate justice systems. Some may argue that money and classism are the ‘real’ problems.

But let’s look back at that statement:

In the 1600s, early settlers in America essentially established how the “class system” was to be separated; by the color of their skin. This sentiment has been perpetuated throughout the centuries in this country. Black people in America have been promoted from being property, as valuable as the oxen in the field, to 3/5 of a person, to sub-human, to “equal” (as long as we stay on our side of the tracks).

We’ve historically been portrayed as troublemakers, criminals, ignorant, and dangerous. Our ancestors have fought, bled, and died for a seat at the table. When that couldn’t happen, they built their own table. When that table became too big, it was stolen and destroyed. Greenwood and Seneca Village are among other examples.

There was and still is, a fraction of Americans that believe we don’t deserve more. That we are fine to continue living and eating off of the ground as long as we are living and eating. That’s “equality”, right? All progress is good progress, I suppose. An optimist might say, well look how far we’ve come in the last 100 years, however we as a country seem to be progressing as fast as cold molasses pours. It seems as though when we get mad and protest about systems STILL in place that disproportionately affect our brothers and sisters, then we need to sit down and be quiet.

I often get asked why we, as a people, get upset when something like the above happens to one of us. We share common struggles, common pains, common joys, common histories, and common experiences solely based on our blackness. So when one hurts, we all hurt. Simple as that. Empathy vs sympathy. Historically, inaction on our has led to nothing. We’ve had to be our own saviors and our own advocates in this cis-white male dominated country for centuries.

Well for me, and arguably for anyone reading this post, we had to go to work today. We had to smile, be professional, unbiased, and overall pleasant. But this doesn’t go away. Colleagues will bring it up. Patients will ask us our thoughts. Children will ask for explanations.

To my colleagues: yesterday was a full display of the strengths of our Constitution while simultaneously being a reminder that historically our fellow countrymen haven’t been treated equally under these same ideals. There is more progress to be made and I’m cautiously optimistic that change is on the horizon.

To my patients: I hear you. I understand. And agree or disagree I will stay professional. I hope that appropriate action can be taken for the wrongdoers, and I give condolences to the families of those that lost their life. But we must press on and try to move forward in reality. Now about this 173/98 blood pressure…

To my kids: I will try to meet you where you are. In essence, there is a group of people in this country that believe our recent elections were not fair. No evidence has been given as proof of this and ultimately our government confirmed the results of the election. Protesting is protected under our Constitution, whether we agree with the ideals of the protest or not. However, these people breached the walls of the Capitol. It is to be seen if they will be punished for this. Honestly, I still have a headache from watching yesterday’s events. We have a long way to go despite how far we’ve come: both as a people and as a country. Personally, I have to have hope that things will continue to improve because the alternative cannot be anything but a regression to times past. I encourage everyone to start and engage in the conversation. Relish in the uncomfortable. Meet us where we are for once, so we all grow and learn. It’s 2021 and this country’s sins are (again) on full display.

And it’s not even February yet… 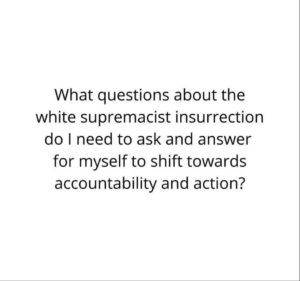 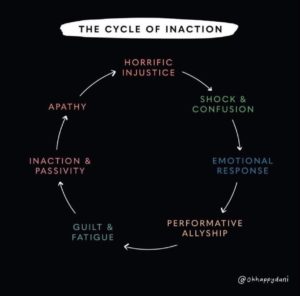 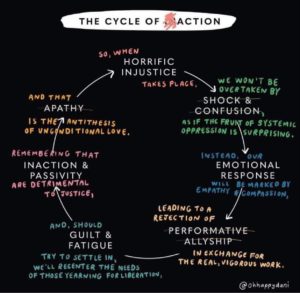 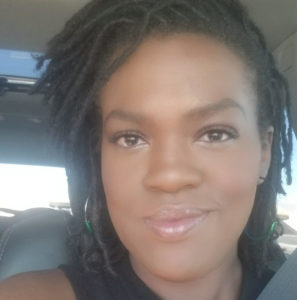